Where did the time go?

When I wake tomorrow morning, I’ll only have two full days left head of me to explore London before I make my way to the airport Wednesday.

Part of me feels like I’ve been here forever. I’m so used to the Tube, the sounds of the city, the traffic, the little eatery places on the corners, being just a few minutes from Big Ben and Buckingham Palace and Westminster Abbey….

But, all the more reason to just soak in every moment I get in this amazing place.

Today I went to the Tower of London, the famous military fortress and a place of imprisonment that is centuries old and has seen the rise and fall of monarchies. The place has witnessed accusations of treason, actual treason, redemptions, battles, and dire consequences for some. Its most famous prisoner was Anne Boleyn during her final days as Henry VIII’s second wife. 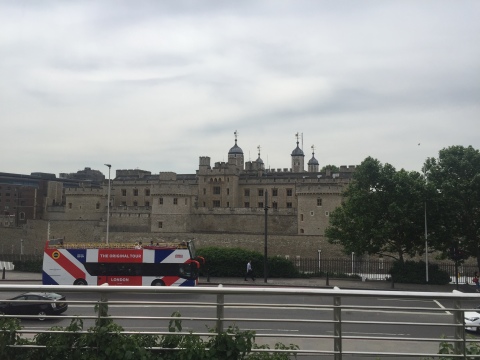 Last time I was there, I only saw the Crown Jewels and the famous scaffold site, but today I spent over four hours wandering around, exploring all the different towers and battlements. 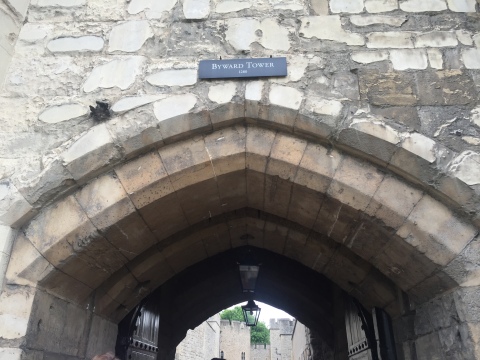 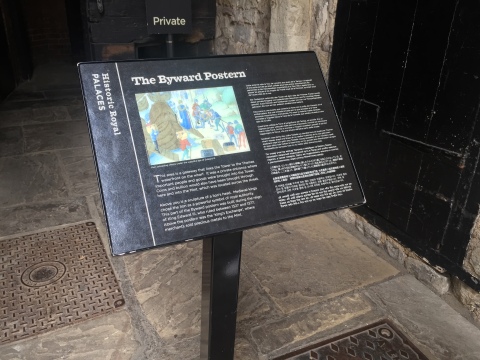 There were the apartments of Edward I and his father, Henry III: 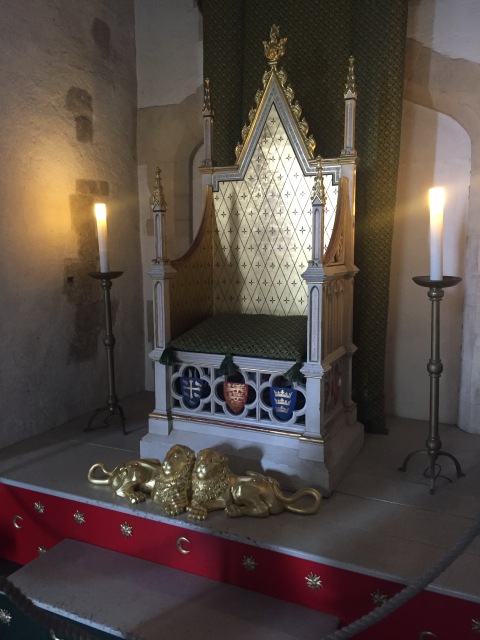 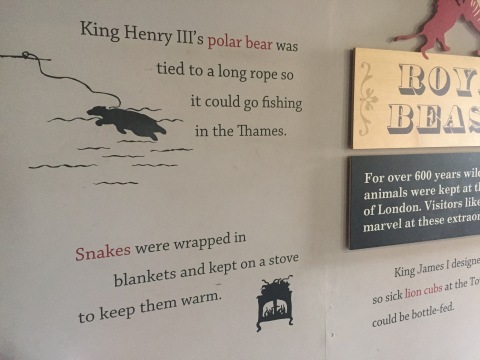 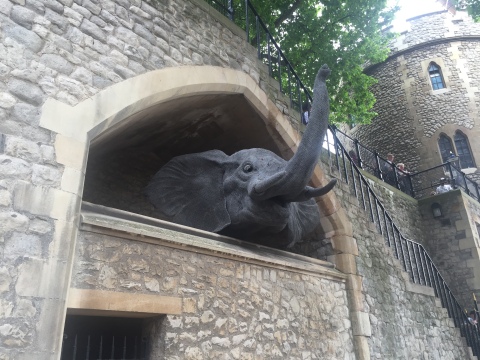 the fighting platforms and the extensive armory display in the centered White Tower: 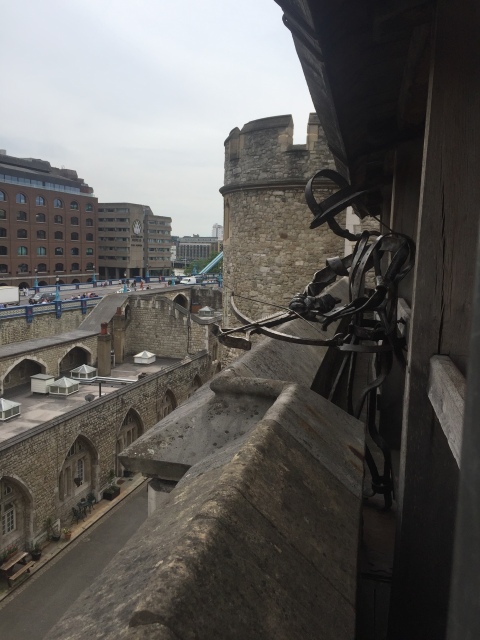 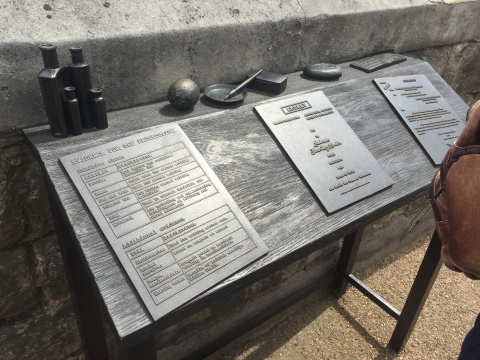 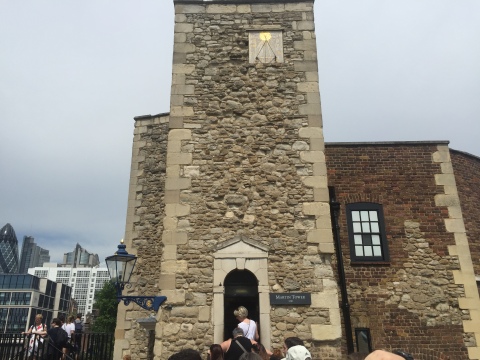 and so much more. 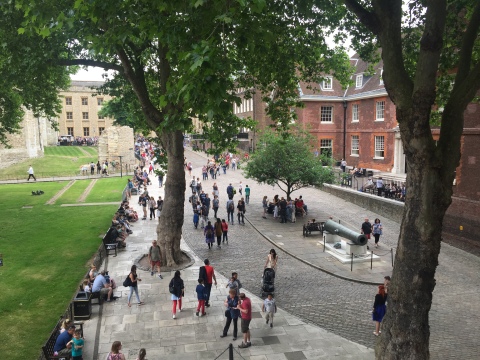 Knowing I might not get another chance, I stood in line to get into the Bloody Tower and see one of the biggest attractions: Torture at the Tower. What I’m sure many people take as a cool touristy room was nothing but completely sickening to me. The torture devices were so awful, I couldn’t take pictures of them. Yet so many people are desensitized and snap their pictures and move on to the next room without comprehending the horror of what they see.

Speaking of desensitization, allow me to have a mini rant here for a second.

Parents took children into this tower; their small, innocent children with no comprehension of the horrifying concept of torture.

While I was eating in the café, I actually overhead a family discussing their next plans and the mother said to her kids, “You want to go see the torture chamber?” And the kids, with all the enthusiasm of those agreeing to go on a ride at Disneyland, responded, “Yeah!”

I firmly believe that if kids are old enough to ask the questions, they’re old enough to know the answers, but that doesn’t mean we should give them the entire truth when they’re so young. Until they’re old enough to understand and fully appreciate the severity of topics like torture, they shouldn’t be exposed to it in the form of being brought in to examine devices that were used to carry out such crimes.

As terrible as the Bloody Tower was, the place that gave me the most chills was the Salt Tower, where prisoners were kept and wrote messages on the walls. 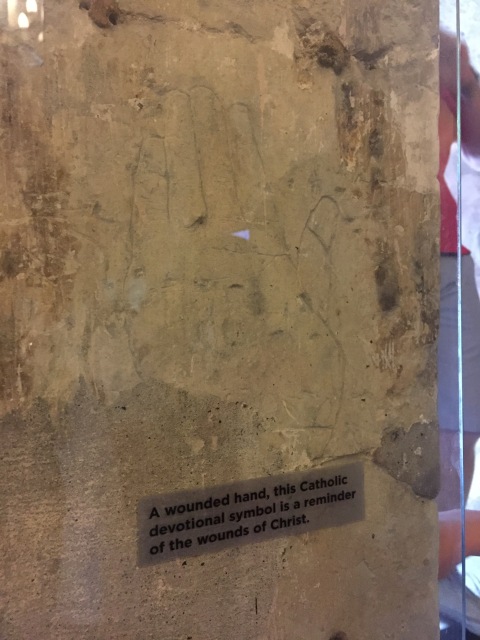 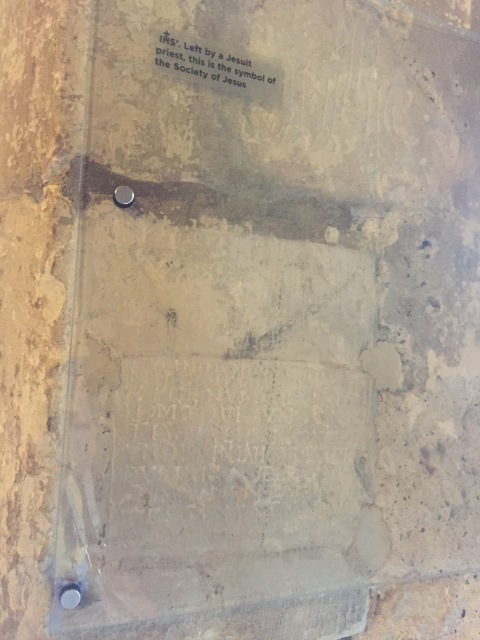 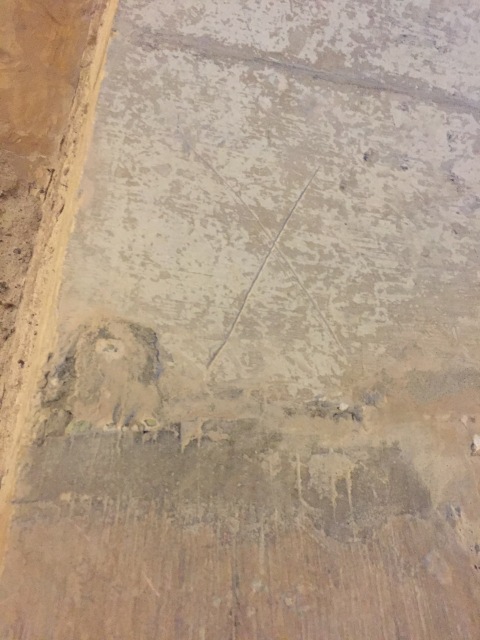 I reached out to touch the messages at one point and was struck with so. many. questions. 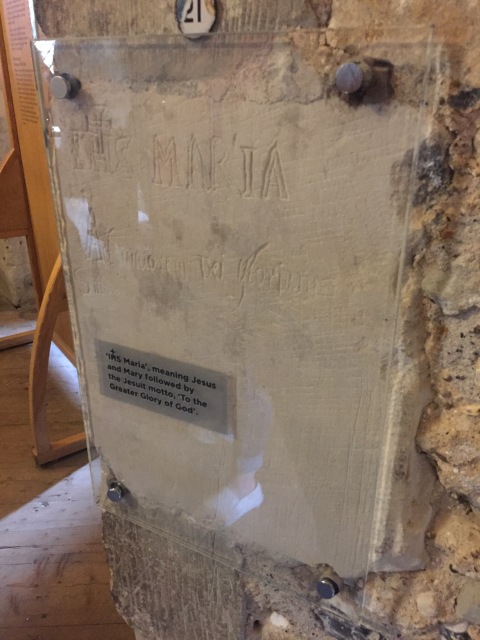 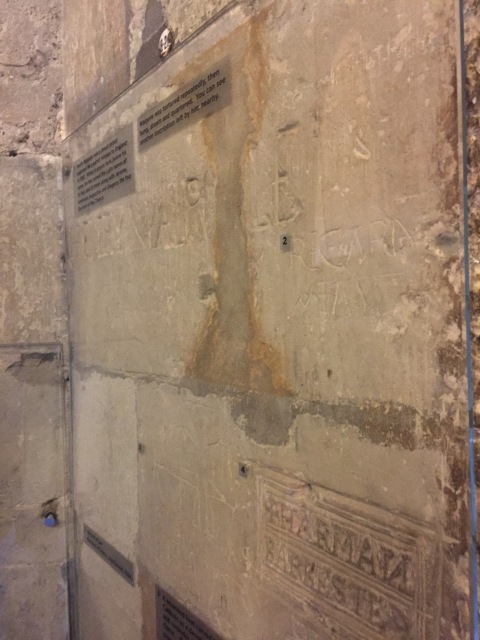 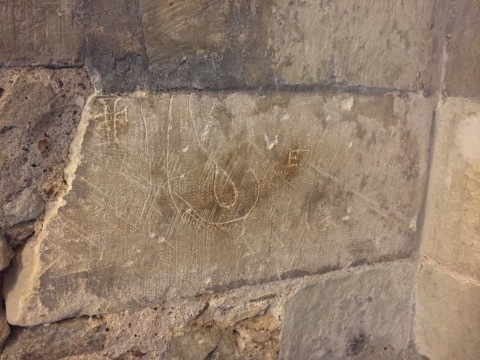 Who were those people who lived within these stone walls? What were their stories? How did they come to be imprisoned at the Tower? What happened to them? 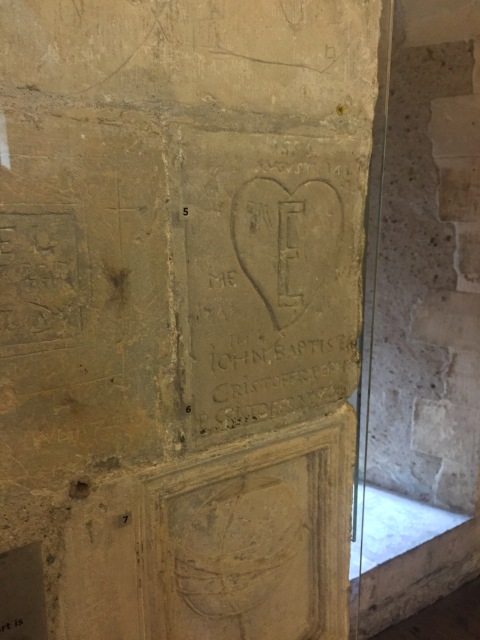 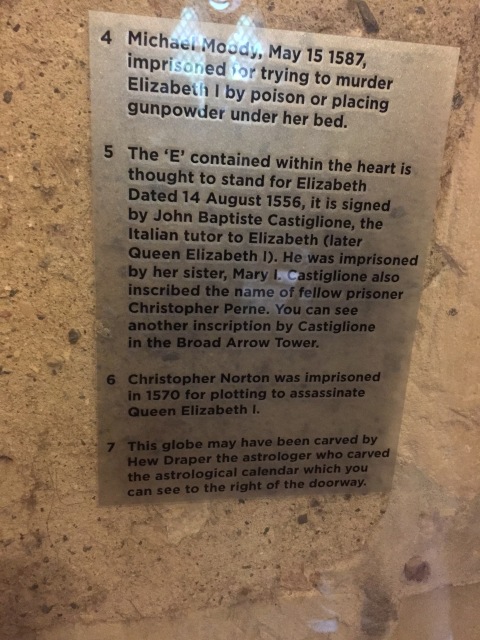 What must have run through their heads as they waited in that room, as they ticked the days on the walls and waited for their fates? Did they stick to their truths or redeem themselves in the hopes of being forgiven and released? 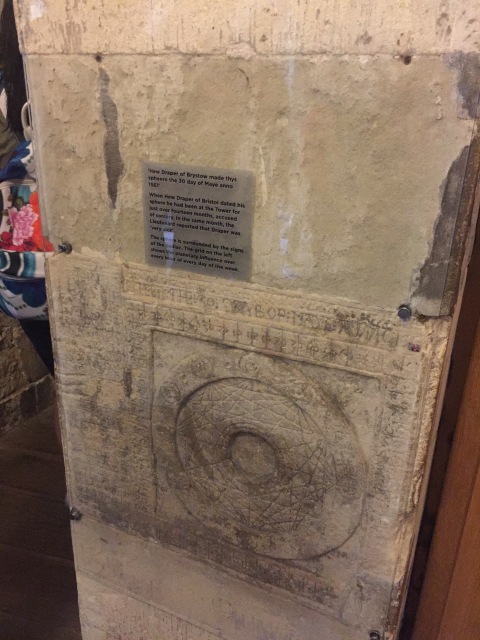 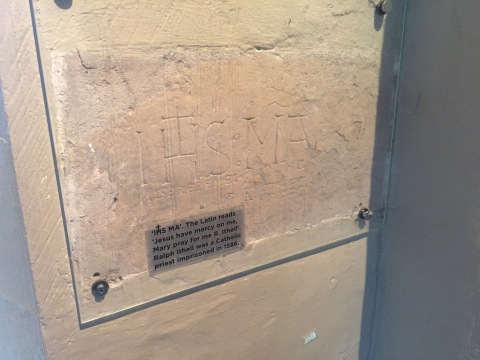 Studying history is putting yourself into the shoes of those who came before you and trying to know them, to make sense of their circumstances. I wish everyone around me at the Tower had acted with reverence and respect. Several were the stereotypical loud, self-entitled tourists (sad to say most of these people were my fellow Americans) that blew through each room and got visibly impatient behind me when I was pausing to read the plaques on the walls and let their kids run wild like they were at a theme park.

I moved on to the White Tower after the Salt Tower. I couldn’t take pictures (although I snuck a few) but it was cool to see the armor used by kings of the past! There were plasters of horses on display, too, with their armor, and I found myself automatically looking at their hooves and thinking how they needed to be trimmed differently, or looking at their eyes and laughing at the round pupils (horses have horizontal pupils). Once a rancher, always a rancher! 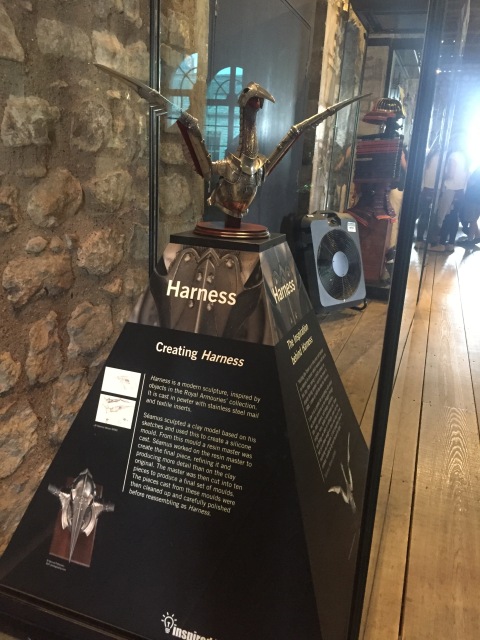 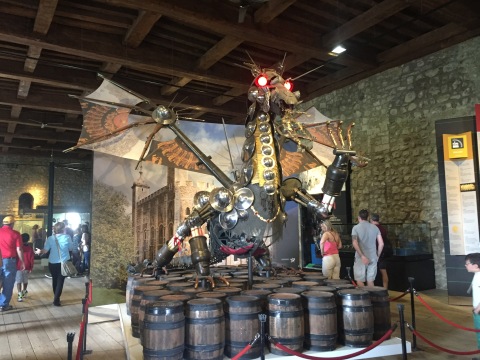 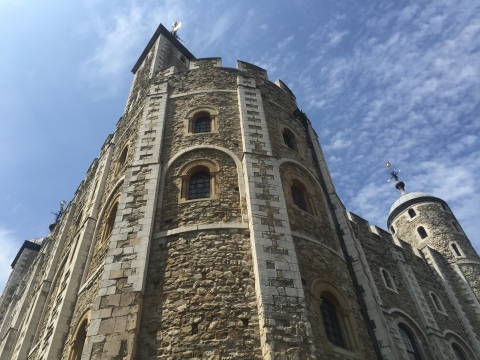 I grabbed a biscuit and jam at the little cafe before heading over to see the ravens. Legend has it that if the ravens ever leave the Tower, the kingdom will fall! 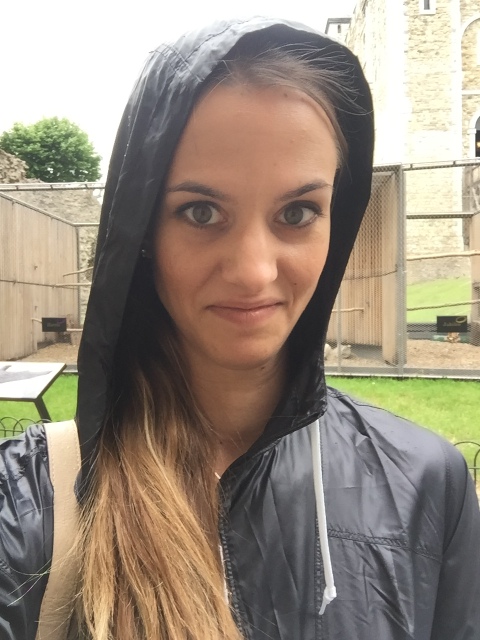 It started to rain!

Finally, there were the Crown Jewels (actually did this before the ravens, but who’s keeping score). 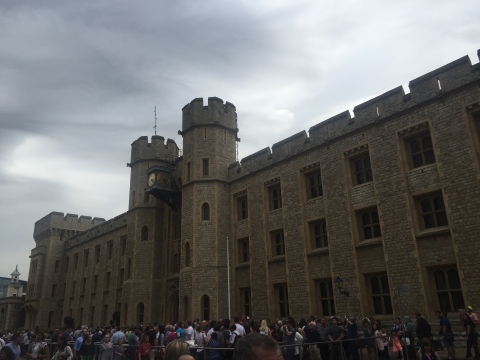 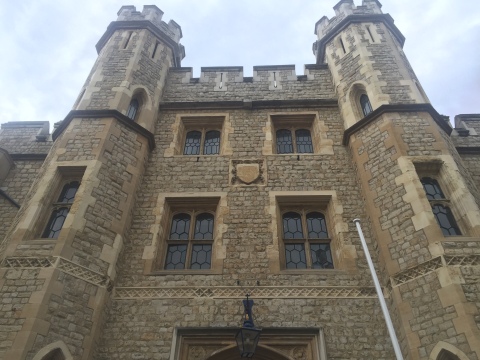 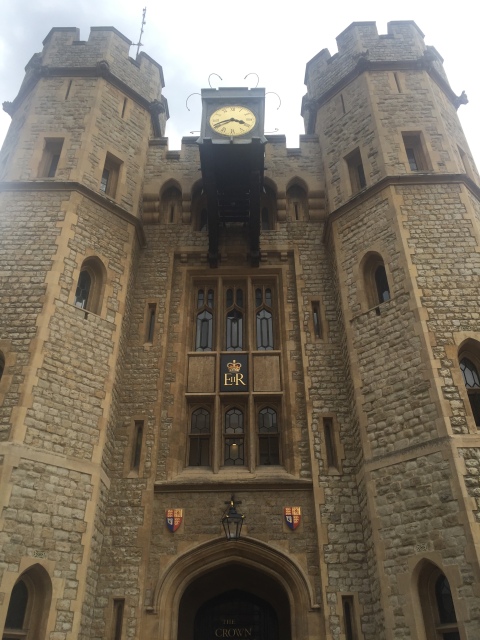 Pictures aren’t allowed inside, but I didn’t care. A photo wouldn’t have done those amazing jewels justice.

Last time I saw the Crown Jewels four years ago, I wrote that if I closed my eyes, I could still see them sparkling. And that remains true today.

Nothing in the world comes close to the brilliance of those crowns and scepter and robes. Nothing.

Then, there was one last thing worth seeing… 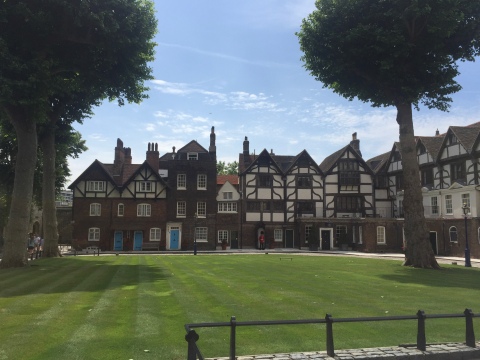 Finally, it was time to head home.

Got to see the London Bridge open for a ferry!

Though of course I had to go through the gift shop too. And I saw this display – among many other cool things – which did not help my baby fever….

I may or may not have bought one of those squishy red buses for my cat.

Overall, it was an amazing day of rediscovering history and exploring and learning. And it also turned into a day where I reflected on how I want to raise my future children to behave around tourist attractions with such grave importance and how I want to take them by the hand and show them everything they can handle given their age. 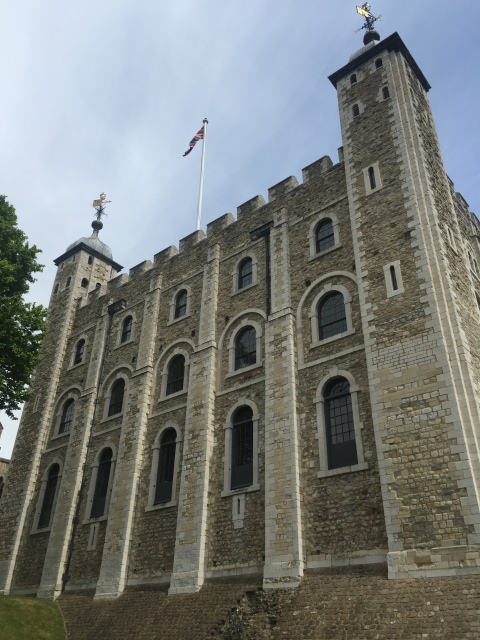 Tomorrow (or today, which is when I’m finally publishing this) I haven’t decided if I’ll spend just wandering around Piccadilly Circus or Green Park or the Westminster/Big Ben Square or if I’m going to take a bus to Greenwich to see the Royal Observatory. We’ll see what happens!