What Scares Me the Most

What scares me the most isn’t the fact that I was almost killed on Monday.

Horses are unpredictable. If every volunteer I train at the ranch goes home every day with that fact engrained in their thoughts, then I’ve done my job for the day. Horses are huge, powerful, and they move fast. Our job as horsemen and women is to understand this and know how to avoid dangerous, potentially tragic situations.

Sometimes, though, as my boss who broke his leg two weeks ago will tell you, these situations can’t be avoided.

Or sometimes they’re avoided by about six inches.

Nora and I, not too long after we rescued her.

On Monday, my volunteers and I were taking home five horses that had been in the arena for some time. One of them, Chance, is a gelding we keep the volunteers away from due to the severe abuse he went through during the first part of his life. He is comfortable around certain people, and I went in alone to get him first so the others could safely get into the arena to take the four other horses.

The only problem was that my mare, Nora, was completely wound up thanks to Bourbon, one of the other geldings who was chasing her around, and she wanted to go home right that very second, thankyouverymuch. She kept pushing into me (which is no small feat when you’re 130 pounds and dealing with a 1,200 pound horse), and bullying her way between Chance and me, pinning her ears when I gently shooed her away. And if it had been a simple solution to just take her home first, I would have done it. But Bourbon was still chasing her around right by the gate (of course), and she wouldn’t stay still long enough for me to halter her.

Over the course of about five seconds, I managed to get a hold of Chance, halter him, and make a move toward the gate to try to get the hell out. But Nora was having none of it, so I took the end of my lead rope and flicked it in her direction, sternly telling her to move along so I could get Chance out of the arena.

And my mare, thoroughly pissed that she wasn’t getting her way, promptly turned around at the speed of light and the next thing I knew, I was feeling two sudden gusts of wind on my face and hearing the whoosh! then whoosh! of two large objects moving through the air with ferocious speed in my ears.

I think my heart stopped. And as it stopped, so did time.

“Go, go, go. Get out,” she yelled as she opened the gate and Chance and I ran forward, Nora ran after us, ears pinned, and Shana managed to shut the gate on her as my heart caught up to my thoughts and starting racing.

Nora had kicked both hind legs in the air, 1,200 pounds of force and thunder and lightning swinging upward at the speed of light, and both hooves had missed my head by inches.

If both or even one of her feet had made contact with my skull, I wouldn’t be here to write about it.

But truthfully, that isn’t what scares me the most. 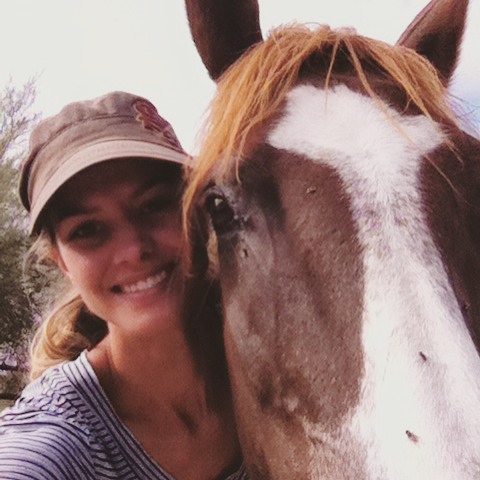 Nora and I, working in the round pen!

My boss always says that getting hurt around horses is not a matter of if, but a matter of when. The only questions, he says, are how bad and how often. And given my job is to work with horses, I’ve had my fair share of injuries around them.

I’ve been given sweet little nips that left bruises and bitten hard enough for teeth to break my skin. I’ve gotten scrapes and gashes just from horses lovingly rubbing their faces against me and knocking me into wall. I’ve been stepped on more often than I could count (though I’ve never had my bones crushed thanks to my trusty Ariats).

I’ve been kicked by accident and kicked on purpose. I’ve been given bruises the size of my head and had my muscles strained to the point I couldn’t move without pain. I’ve been lunged at, charged at, and I’ve perfected the summersault roll out of a stall. I am constantly thankful that I fit in between the bars.

I’ve been pinned against fences and thrown into them. I’ve been dragged on the ground before I learned how stupid it was to hang onto ropes attached to horses that want to run. I’ve had my hands ripped open by lead ropes and been given rope burn so bad it was agony to touch anything for days. Just the other day our little filly, Sunny, kicked in the air as we were flipping her over (she’d cast herself) and took the skin off my middle finger by my nail.

I’ve had horses rear up and buck for all it’s worth when I’m walking them. One time, when one of my geldings was bucking, a hoof caught me in the hip/butt and shattered my phone in my back pocket, taking the brunt of the kick. 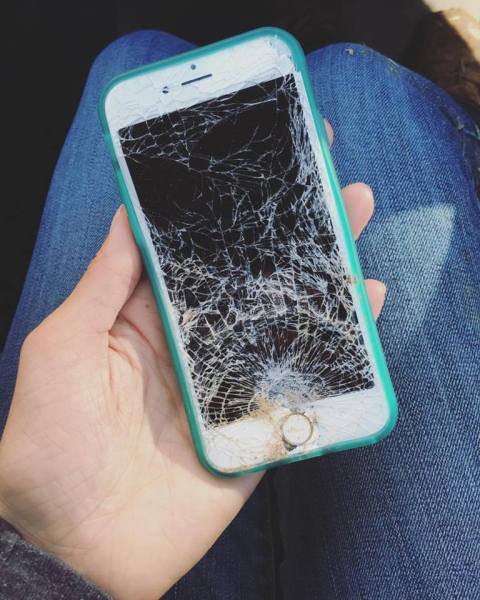 But given everything that has ever happened since I started working with horses… those injuries aren’t what scare me the most.

…I will never choose to stop.

You are currently reading What Scares Me the Most at Shorts and Snippets.